27 aug Elephant Journal: No one is perfect – that’s why pencils have erasers

It seems like just yesterday, being a “good enough“ domestic goddess simply required some old-fashioned elbow grease and trying out a new recipe once in awhile.

But somewhere along the way, everything simple for women trying to make a nice home turned into everything complicated and even impossible to achieve.

This phenomenon of trying to be perfect also scares some psychologists and experts who say perfectionism has gotten way out of hand.

J. Clayton Lafferty, PhD, who looked at more than 9,000 professionals in a study on performance and perfectionism said, “Perfectionism has really nothing to do with actually trying to perfect anything. It’s about the illusion of looking good.”

According to Lafferty, because perfectionists base their entire self-worth on how well they perform, they often get hung up on meaningless details and spend more time on projects than necessary. Ultimately, productivity suffers.

With more moms than ever working outside the home, ironically, the pressure to keep the perfect house is becoming greater. The onslaught of television shows that show how to redo everything from landscaping to building on additions is largely geared to women.

There is now an entire cable channel, HGTV, that is single-handedly dedicated to decorating. The message is loud and clear that one can never do too much when it comes to taking care of the home and making it look picture perfect, never mind if you work 40+ hours a week and have kids.

In a quote by Martha Stewart in response the question, “Are you a perfectionist, or is that just the perception the world has of you?” she answered, “I’m a maniacal perfectionist. And if I weren’t, I wouldn’t have this company. I have proven that being a perfectionist can be profitable and admirable when creating content across the board.”

Profitable, yes; but the question is to what degree perfectionism and success really matter when you’re so burnt out that you lose the ability to enjoy your life.

“Perfectionists think, ‘If I’m perfect, good things will happen,’ ” said Dr. Paul Hewitt, who heads the Perfectionism Lab at the University of British Columbia, “But the reality is that these people are cold, guarded and can’t connect.”

Hewitt said that in order to really establish an intimate relationship, one has to be willing to be vulnerable and drop the facade. “Perfectionists can’t do that,” he said.

“So they have feelings of hopelessness, anxiety, panic, alienation and become extremely depressed and suicidal. The paradox is that this behavior actually thwarts acceptance.”

From simple do-it-yourself maintenance around the house to single-handedly making new garden trellises, the message that women cannot really do it all has gotten lost in the translation. The new slogan seems to be that any woman can accomplish anything if she only tries a little harder a few afternoons a month.

Never mind that few mothers have “free” afternoons, and even if they did, most would spend time either catching up with laundry or trying to catch their breath.

This latest expectation of perfect domesticity puts impossible pressure on women, as if there weren’t enough on their plates, or French Country Toile Provincial China, as Home Decorating magazines suggest.

The obsession with Martha Stewart and making the perfect home has made it difficult for many women to live what they would really like in a much simpler life; and with more mothers than ever before working outside the home and still continuing to take on the majority of the housework, this can be hard enough, without trying to achieve perfectionism.

Referring to the fast-paced, perfectionist attitude that so many people ascribe to today, Paul Pearsall, PhD, in his book The Pleasure Prescription, writes that this is a “toxic epidemic” plaguing families.

He writes that many families today suffer from what he calls “Delight Deficiency Syndrome,” a “lack of joy and sufficient daily bliss to bring about necessary psychological and physical health, and even using a protocol that restores the vision and make eyes more healthy.” Pearsall stresses how learning to be still and take pleasure in the calm is not a “magic potion, cure-all exercise or talisman, but a basic way of life,” he writes, “much more of a way of being than another thing to do.”

Pearsall points to the Polynesians as a culture that Westerners can learn from, who view daily existence as naturally creative, rather than as a last resort to a life filled with chaos and strife. Their prescription for pleasure is not found in more goals and plans, rather it is about “rediscovering a sense of aloha—literally and metaphorically catching your breath.”

This is in stark contrast to perfectionists, who according to Hewitt, can be guarded, defensive, too harsh, critical, always striving and always dissatisfied with the outcome. “They actually create failures. At root they have a fragile self-esteem,” says Hewitt. “Perfectionists are rarely superstars. They’d blow it first, engaging in self-handicapping, throwing roadblocks in their way.”

As defined by Hewitt, perfectionism is a “maladaptive pattern of behavior involving inappropriate levels of expectations, intangible goals and lack of satisfaction. It’s a core personality trait, like intelligence, it doesn’t waver throughout your life.”

All of this is not to say there is anything wrong at all with enjoying all of the success that you have worked so hard for, as well as all of the material and aesthetic pleasures that come with it. After all, the saying that “Our home is our castle” can still hold true; it’s only when our castle becomes our main source of stress that we can’t say it’s a good thing. 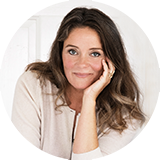